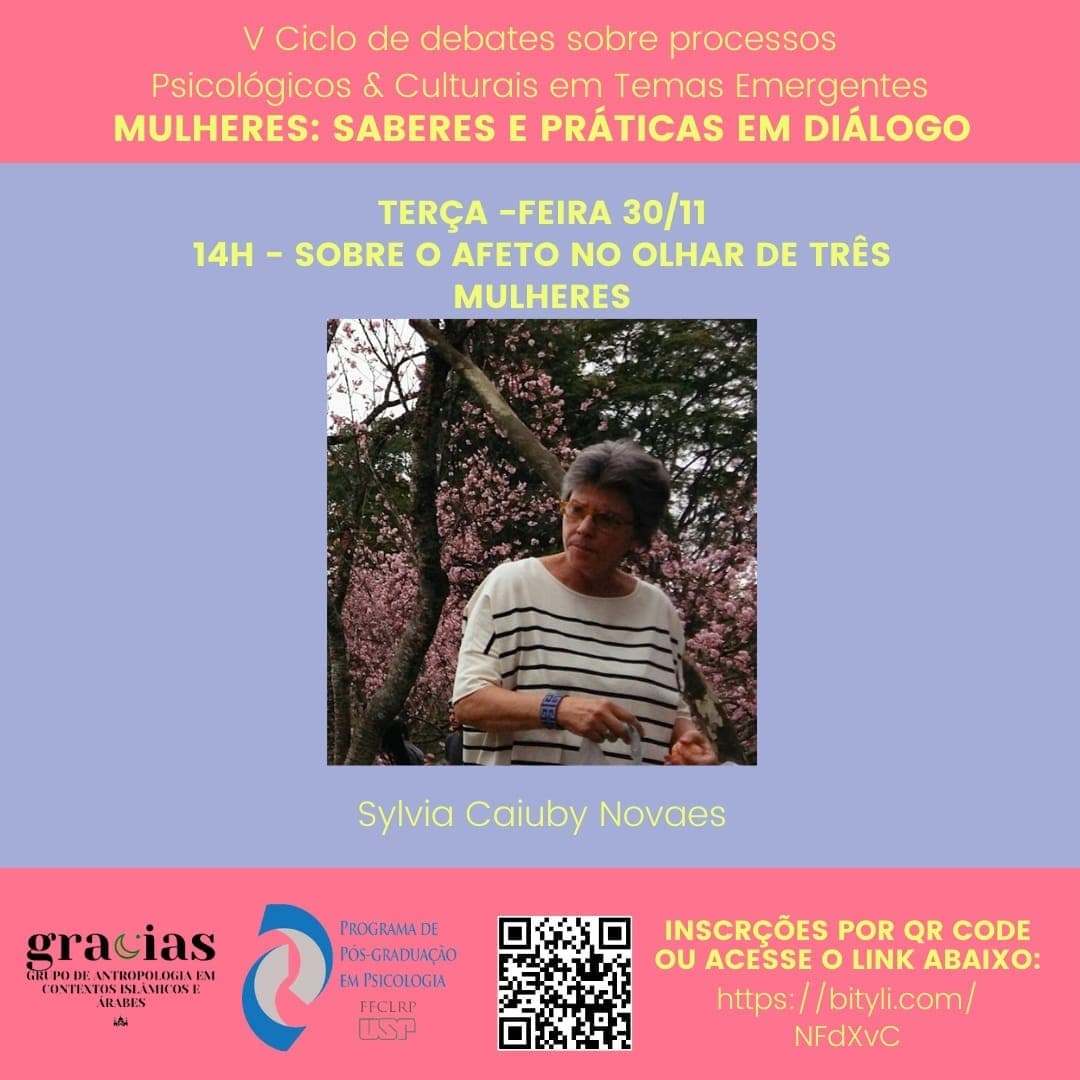 This year the V Cycle of Debates on Psychological Processes & Cultural in Emerging Themes, from GRACIAS and the Graduate Program in Psychology at FFCLRP - USP, will be opened by Sylvia Caiuby Novaes - "ABOUT THE AFFECTION IN THE EYES OF THREE WOMEN" , Sylvia is a full professor in the field of Image Anthropology at the University of São Paulo (2010), where he has been teaching since 1974. Bachelor and degree in Social Sciences from the University of São Paulo (1971), she also defended her Master's in Social Anthropology (1980), doctorate at USP ( 1990) and professorship (2006). He completed his post doctorate studies at the University of Manchester (England) and at the University of Saint Andrews (Scotland). She was Visiting Professor at the Musée du quai Branly (France) and at the University of Oxford (England). She founded LISA - Laboratory of Image and Sound in Anthropology, under her coordination between 1990-2014 and since 2016. She was the main coordinator of three thematic projects financed by FAPESP. (1997-2002; 2003-2007; 2010-2015). He works in the field of Anthropology, with an emphasis on Anthropology of Expressive Forms, Anthropology of Image and Indigenous Ethnology. She has been a researcher at CEstA - Center for Amerindian Studies, since its foundation. His publications deal with themes such as: visual anthropology, photography and cinema in the contemporary world, ethnography and image, the Bororo society. He was head of the Department of Anthropology at FFLCH at USP (1999-2003; 2007-2009). Between 2014 and 2016, she was Director of the Maria Antonia University Center. Editor in charge of the magazine GIS - Gesto Imagem e Som, Revista de Antropologia.