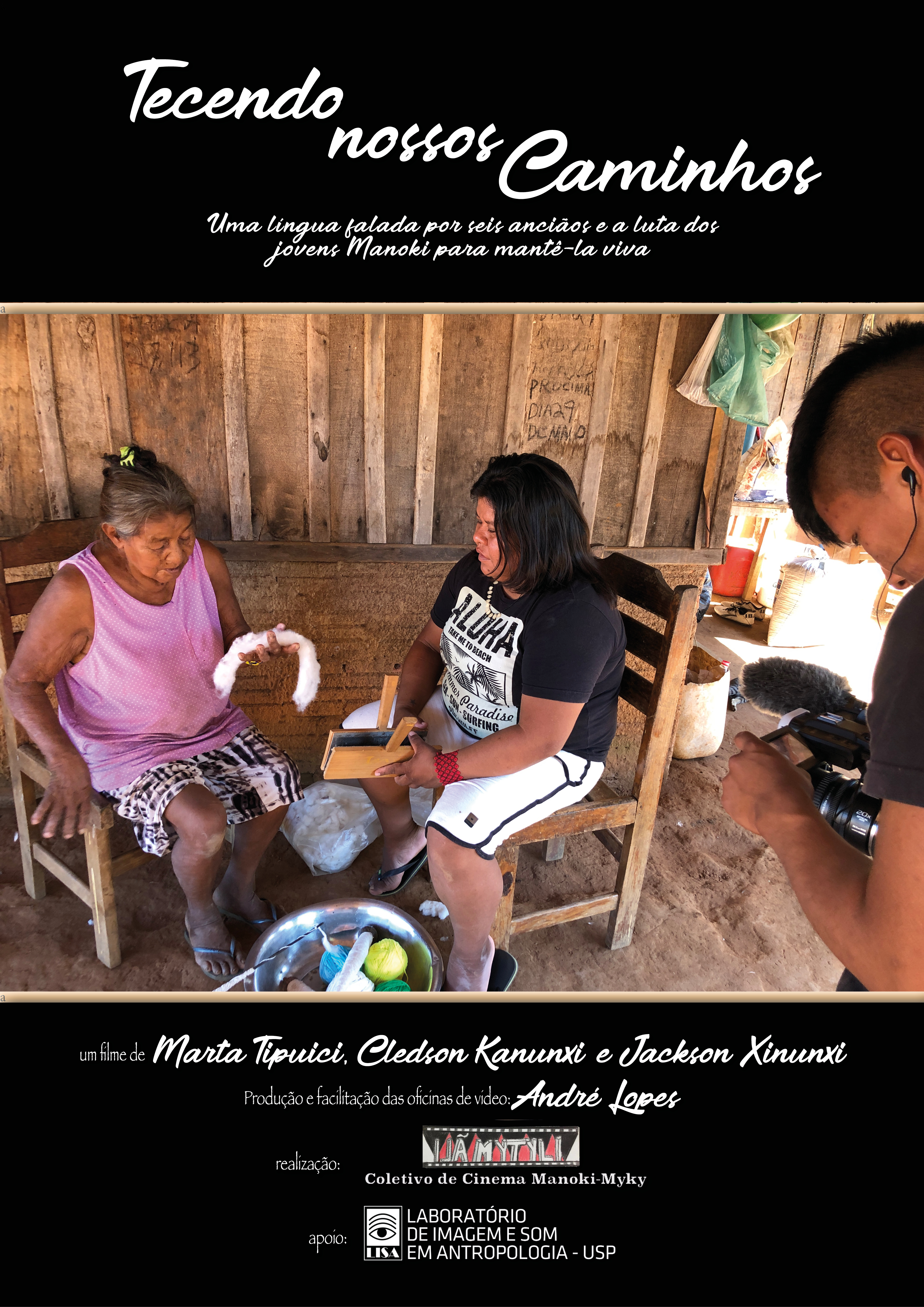 The documentary “Weaving our paths”, a short film completed at LISA-USP in 2019, won an honorable mention at GIEFF 2022, translation of “Germany International Ethnographic Film Festival”, which took place in the German city of Göttingen. The film is directed by researchers Marta Tipuici Manoki, a master's student in the graduate program in social anthropology at USP, and produced by André Lopes, a doctoral student in the same program, both under the guidance of Professor Renato Sztutman. The two researchers in the field of visual anthropology and indigenous ethnology have a long collaboration and have already worked on other documentaries produced by the Coletivo Ijã Mytyli de Cinema Manoki e Mỹky, formed by young filmmakers from both peoples, and of which they are part.

The film addresses the relationship of young Manoki with their indigenous language, which belongs to an isolated linguistic family. Currently only four elders speak their language, an imminent risk of losing this important dimension of their ways of existence. Determined to take up their language with their elders, Marta Tipuici, Cledson Kanunxi and Jackson Xinunxi, the three directors of the film, decide to narrate in images and words their challenges and desires. From the analogy with the fragility of cotton that becomes strong thread to support the weight in the hammock, the protagonist Marta Tipuici narrates the resistance of her people, her relationship with her grandmother (who died shortly after seeing the finished film) and the hope of returning to speak their language in the new generations. The film was the result of video workshops that André has been offering in recent years in Manoki villages.

The film was completed in 2019 at LISA with the support of the editor Ricardo Dionisio and, even without external resources to carry out the production, the short film was recognized in some instances: it won the Eduardo Coutinho award for best national documentary ( Alvorada Film Festival – RS) and was selected for several film festivals in the United States, Canada, Russia, Switzerland, Chile and Germany, where he received the last award.

In addition to the presence of André Lopes and Typju Mỹky (a member of the same indigenous film collective that represented his cousin Tipuici at the event), the German festival also had the presence of two other researchers from PPGAS-USP, the post -doctoral student Mihai Andrei Leaha and doctoral student Paula Bessa Braz. They also presented and discussed their ethnographic film, made with the support of LISA: Canto de Família, completed in 2020. Paula and Mihai also discussed the collaborative engagements in the production process of a second film, Drags In Da House, to be launched this year, also with the support of LISA. His lines, "Filming (in) Times of Crisis: Reflecting upon visual politics and collaboration against controlling images in Brazil", by Paula Bessa Braz, and "Collaborative Engagements with the DIY Electronic Music Scene of São Paulo", by Mihai Andrei Leaha, were presented at the Collaboration and Authorial Diversity in Film symposium, an event that integrated the program of the Gottingen Ethnographic Film Festival. At this symposium, Typjiu Myky and André Lopes also contributed the speech "Collaborative Films in Indigenous Terms". Afterwards, the four researchers also presented two conferences on collaborative anthropology at the Humboldt Forum, in the city of Berlin.

The mentioned films can be watched on the LISA website or on its Vimeo channel. To learn more about the productions of Colectivo Ijã Mytyli de Cinema Manoki and Myky, access the website: www.ijamytyli.org