Between Worlds: Ethnographic, Collaborative Films and Indigenous Films in Dialogue 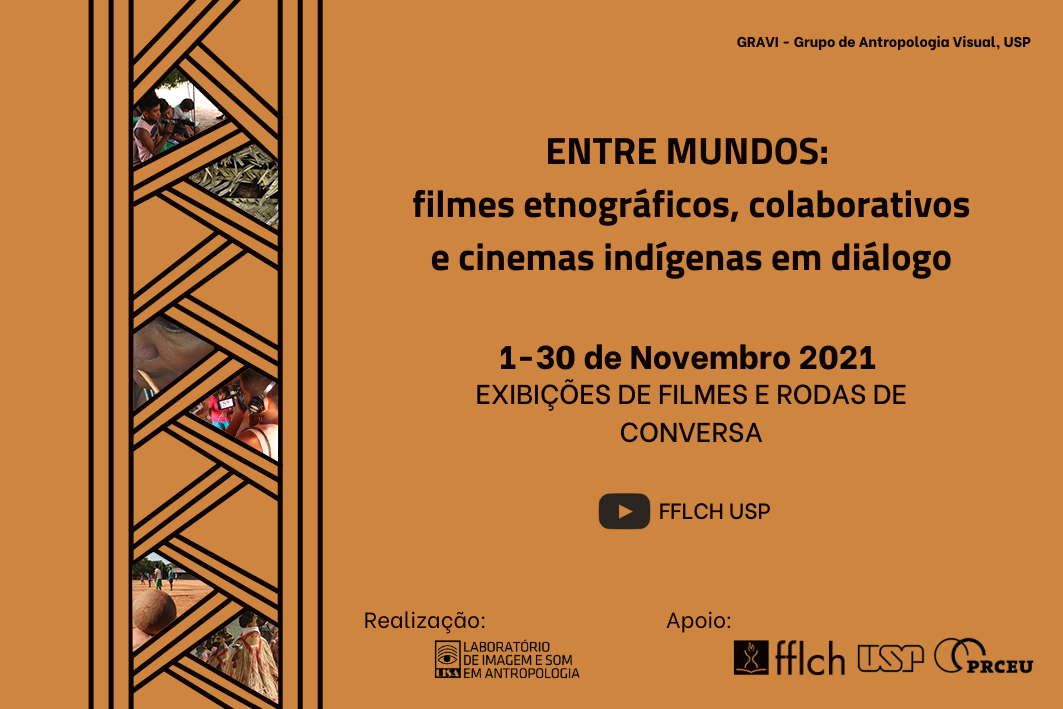 ​​​​​​​​​​​​​​Celebrating 30 years of creation of the Laboratory of Image and Sound in Anthropology (LISA) of the Department of Anthropology of the University of São Paulo, during the month of November 2021 GRAVI - Visual Anthropology Group - organizes the event Between worlds: ethnographic, collaborative films and indigenous cinemas in dialogue.

The event consists of three meetings and an exhibition of films produced in the context of anthropological research with the support of LISA and different productions from South America , which express works done by, about and with indigenous peoples.  ​​​​​​​

1. Circulations of Indigenous Cinemas, which brings together producers, directors and indigenous collectives that address the challenges that permeate indigenous films, especially in terms of their circulation;

2. Collaborative productions and processes, which highlights the different shared film makings within the scope of the training of indigenous filmmakers;

3. Ethnographic Films: research and training, which addresses film production about indigenous peoples carried out in the context of academic research with a focus on the relationship between the university and indigenous peoples.

Each program of the exhibition has a debate which includes directors and directors from indigenous groups, institutions and universities, as well as a GRAVI researcher who investigates related topics. 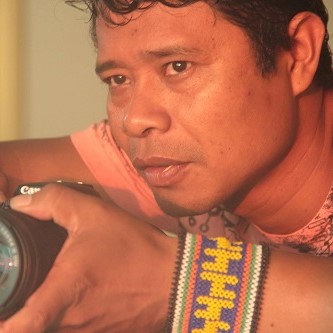 Alberto Alvares Tuparay is a Guarani filmmaker. He graduated in Intercultural Licentiate for Indigenous Educators, at the Faculty of Education of the Federal University of Minas Gerais and is currently and currently pursuing a master's degree in the Graduate Program in Cinema and Audiovisual at the Fluminense Federal University – PPGCINE. He works as an audiovisual teacher in training indigenous filmmakers in different projects. Directed the film "The Last Dream" (60 minutes, 2019), and the short film Ayvu Ypy – Origin of the Language (2020), among several others. 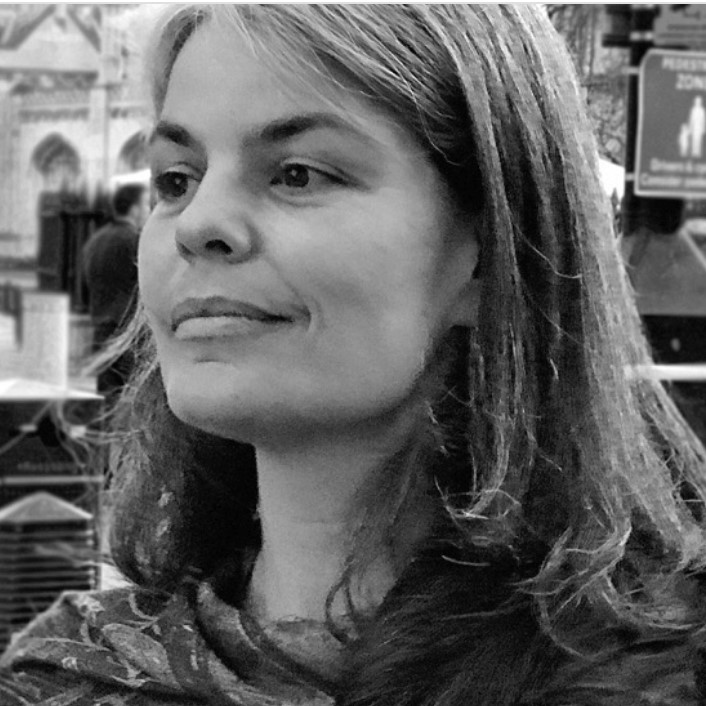 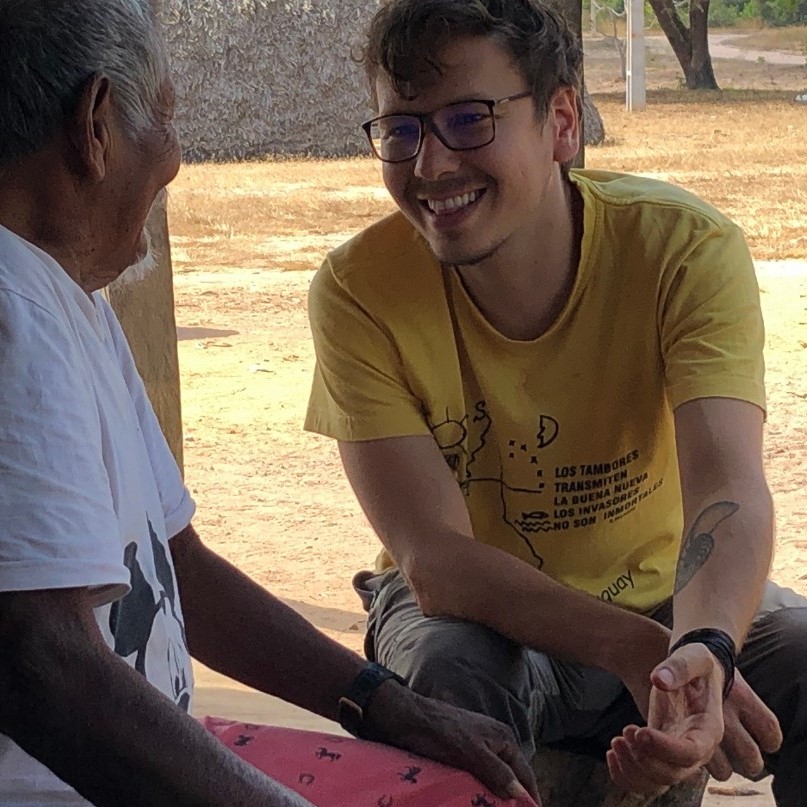 André Lopes is a doctoral candidate in Social Anthropology at USP and has a master's degree from the same institution. Researches, works and lives with the Manoki and Myky peoples of Mato Grosso since 2008, acting as an anthropologist, documentarian and trainer of indigenous filmmakers. He is the co-founder of the Ijã Mytyli film collective Manoki and Myky and participated in the training of indigenous filmmakers among different peoples, such as Wayana, Aparai, Wajãpi, Tiryó and Guarani. In 2019 he was a visiting researcher at New York University and since then he has collaborated with international indigenous film institutions such as Wapikoni Mobile and Clacpi. 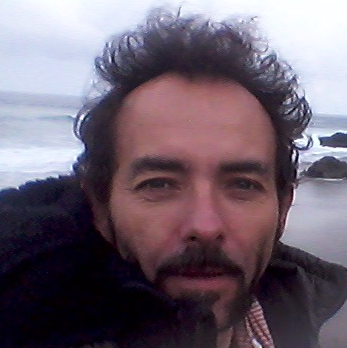 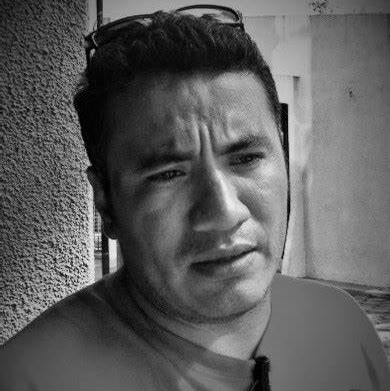 David Hernández Palmar, of the Wayuu people, IIPUANA, Venezuela, is a filmmaker, independent curator and film programmer with recognized experience in the Latin American region. He is also a photographer, journalist, researcher and producer of several audiovisual works that portrayed the Wayuu world. Co-directed films such as: “Owners of The Water”, “Wounmainkat”. He studied Journalism at Universidad Rafael Belloso Chacín and Photography at Escuela Julio Vengoechea in Maracaibo, Venezuela. He was a guest researcher at the Department of Anthropology at the University of Iowa and is a member of the advisory boards of PeruVine/PeruDigital, the Digital Laboratory of Ethnography at the University of Central Florida and the International Ethnobotanical Association. 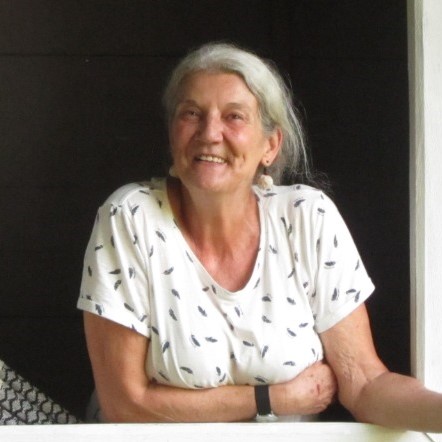 Dominique Tilkin Gallois is a Senior Collaborating Professor at the Department of Anthropology at the University of São Paulo and a researcher at the Center for Amerindian Studies - CEstA. He has experience in Indigenous Ethnology and History, working mainly on the following topics: oral traditions and Amerindian cosmologies, indigenous policies, cultural heritage and traditional knowledge. Develops direct advisory activities to indigenous communities in Amapá and northern Pará, collaborating with public bodies and non-governmental organizations in indigenous training programs​​​​​​​. 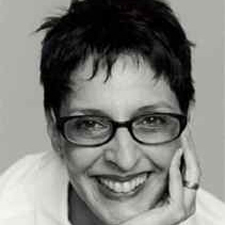 Faye Ginsburg is David B. Kriser Professor of Anthropology at New York University and founded and directed the Center for Media, Culture and History since its creation in 1993. She has devoted herself for years to the study of images produced by different native groups, bringing to light many intercultural issues involved in Indigenous media production. Her research includes ethnographic film; media ethnography; indigenous media; Disability Studies, and the politics of reproduction among others. 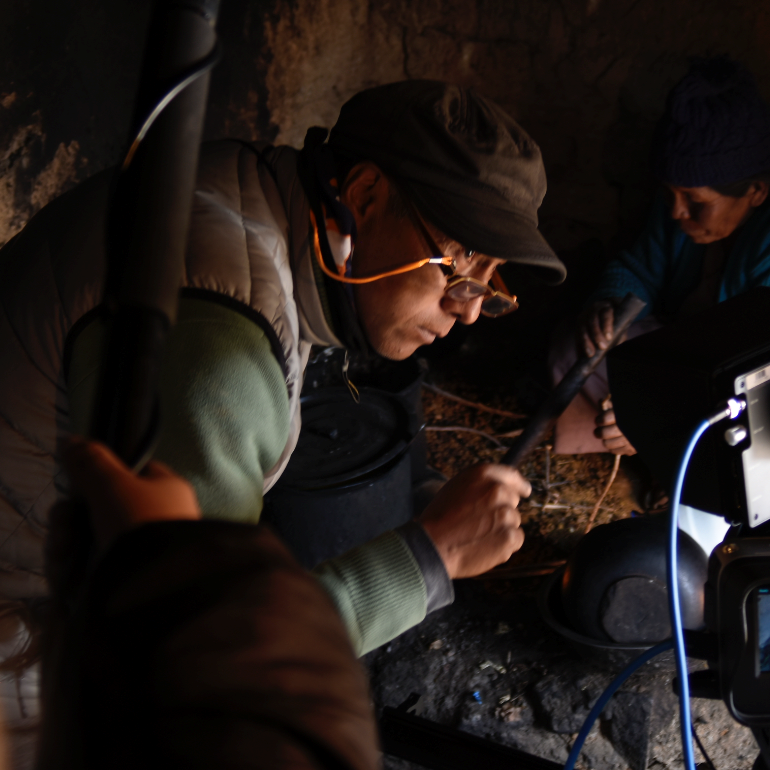 Ivan Molina Velasquez is originally from the Quechua nation. He studied sociology in La Paz and film at EICTV in Cuba. She has made dozens of documentaries since 1989, covering themes in defense of the human rights of young people, women, indigenous peoples and indigenous nations; is an active member of the La Paz Film School, documentaries. She is dedicated to training in cinema and audiovisual, based on a methodology of decolonization and combating hegemonic languages. Founder and active member of ASCURI (Cultural Association of Indigenous Filmmakers) of Brazil. 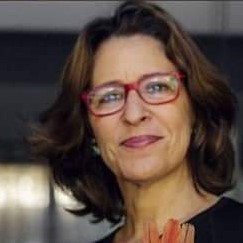 Mari Corrêa is a filmmaker and coordinator of Instituto Catitu, founded in 2009. In addition to being an editor and director, she provides audiovisual training for indigenous peoples. Several of his films have received awards in collaboration with different indigenous groups.

Mauricio Godoy Paredes is Professor, researcher at the Academic Department of Communication (PUCP), Master in Visual Anthropology (MAV), member of the Research Group in Visual Anthropology – (GIAV) and filmmaker. Worked in interdisciplinary and collaborative contexts, integrating areas of audiovisual, anthropology and performing arts. His research revolves around themes such as postmodern cinema, audiovisual archives, memory and political violence in Latin American cinema. He published the first book on the Peruvian documentary “180º gira mi camara”. He was director of the TransLab laboratory, a member of the Docuperu Association, and has participated in the production of academic seminars and training workshops. He is currently pursuing a doctorate in anthropology and is in pre-production of his third feature film “Buenos días, wiracochas”. 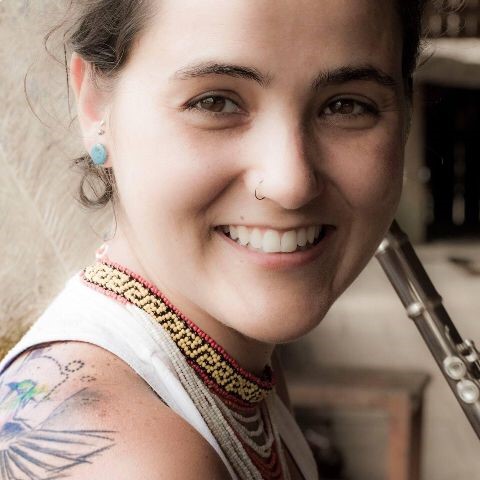 Nadja Marin is an anthropologist and documentarian. PhD in Social Anthropology from FFLCH-USP (2017) and Master of Arts (Master of Arts) from the University of Manchester (2008). Researcher at USP's Visual Anthropology Group with experience in filmmaking and audiovisual teaching with diverse indigenous communities. Co-producer of the video game Huni Kuin: Beya Xina Bena (New Times). 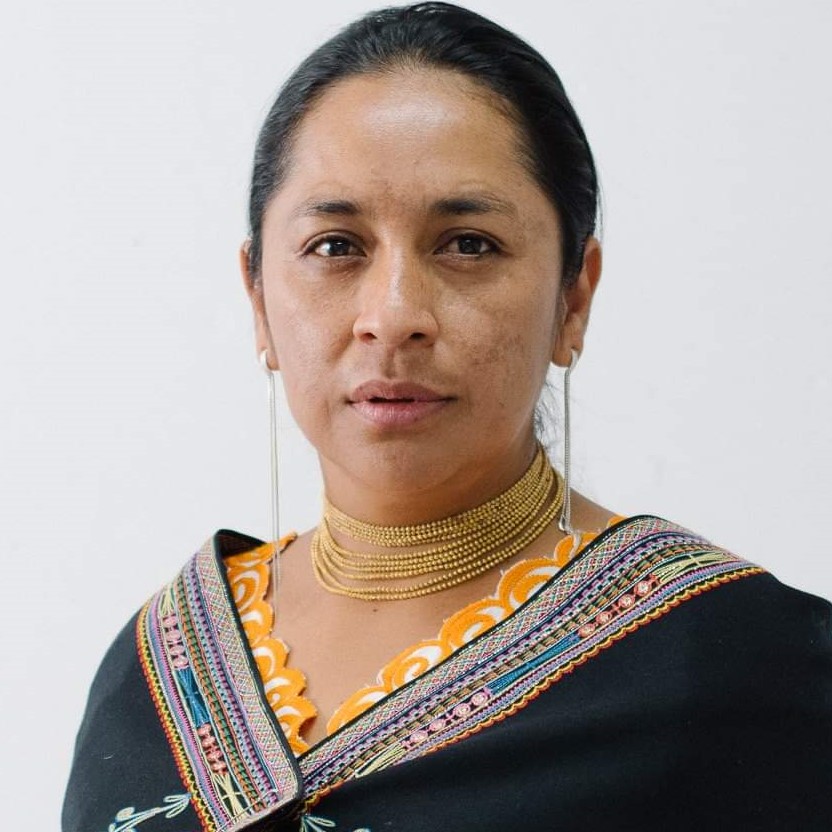 ​​​​​​​Patricia Yallico Y. is a communicator, trainer, cultural manager and filmmaker. He was born in Guaranda, a small town in the Ecuadorian Andean region. It belongs to the Waranka people of the Quechua ethnic group. Patricia studied Audiovisual Art direction at the National University of the Center of the Province of Buenos Aires (UNICEN), Argentina and obtained the title of Production and Technological Performance at the Institute of Cinema and Performance (INCINE), Ecuador. She is a member of the Ecuadorian indigenous movement, Confederation of Peoples of the Kichwa Nationality of Ecuador (ECUARUNARI), is part of the Corporation of Audiovisual Producers of the Nationalities and Peoples of Ecuador (CORPANP) and is currently on the board of the Association of Cinema and Audiovisual Creators of Peoples and Nationalities (ACAPANA). He directed, produced and wrote several fictional, documentary and experimental cinematographic works. 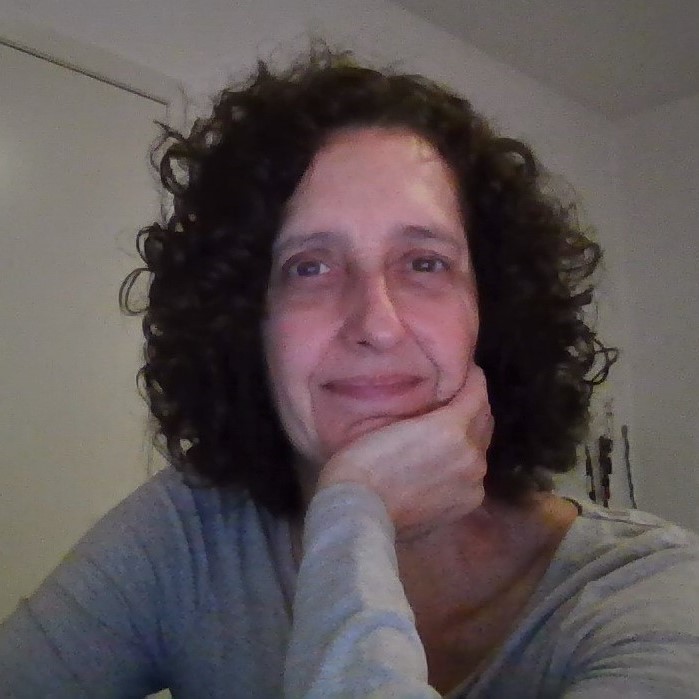 ​​​​​​​Paula Morgado holds a Masters and PhD in Anthropology from the University of São Paulo. He is a documentalist at the Department of Image and Sound in Anthropology Laboratory. of Anthropology at the University of São Paulo, where she is the curator of audiovisual collections and organization of events and seminars. She is a member of the Visual Anthropology Group and editorial coordinator of GIS - Gesto, Imagem, Som. Revista de Antropologia, from the same institution. His most recent research addresses the following aspects of indigenous societies: self-representation, internet, cinema and photography. 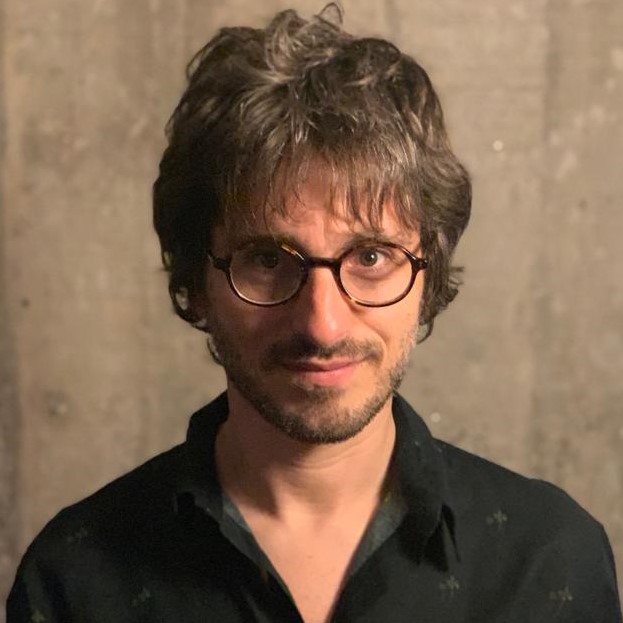 Renato Sztutman is Professor at the Department of Anthropology at USP, current coordinator of the Center for Amerindian Studies - CEstA/USP. Master (2000) and Doctor (2005) in Social Anthropology from the University of São Paulo. He is a researcher at the Visual Anthropology Group (GRAVI) and author of the book The prophet and the principal: Amerindian political action and its characters (Edusp, FAPESP, 2012). 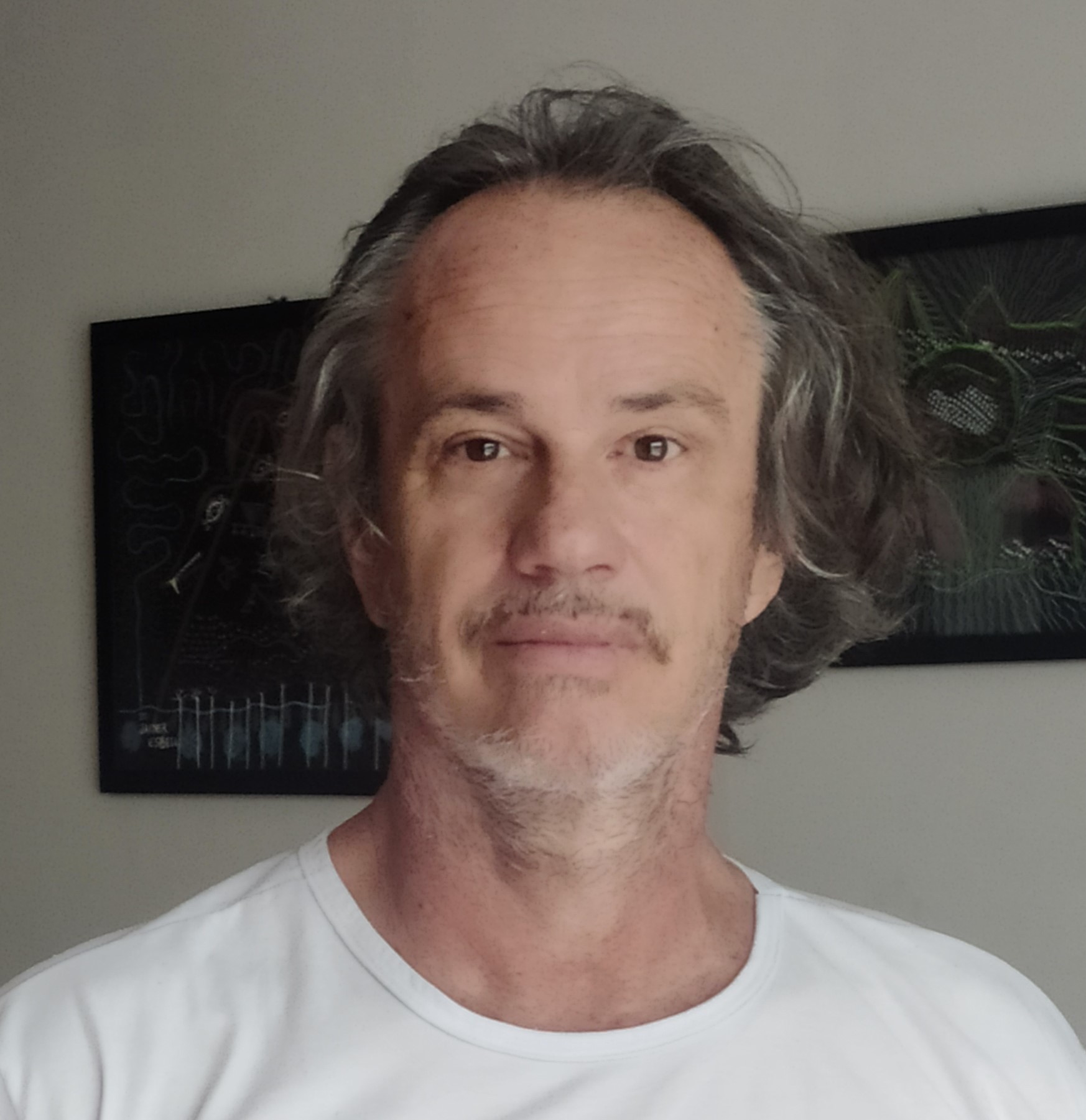 Ruben Caixeta is Full Professor of anthropology at UFMG. He has a master's degree in Social Anthropology from UNICAMP (1991) and a doctorate in Letters and Human Sciences from the University Paris-Ouest Nanterre la Défense (1998). Co-founder and co-organizer of Forumdoc (Belo Horizonte Documentary and Ethnographic Film Festival), an event held annually since 1997. He has been researching the Waiwai people (a Guyanese Karib group) since 1994. His main research and research themes publications are: ethnographic film, collaborative cinema, indigenous cinema and ethnology in the Amazon. 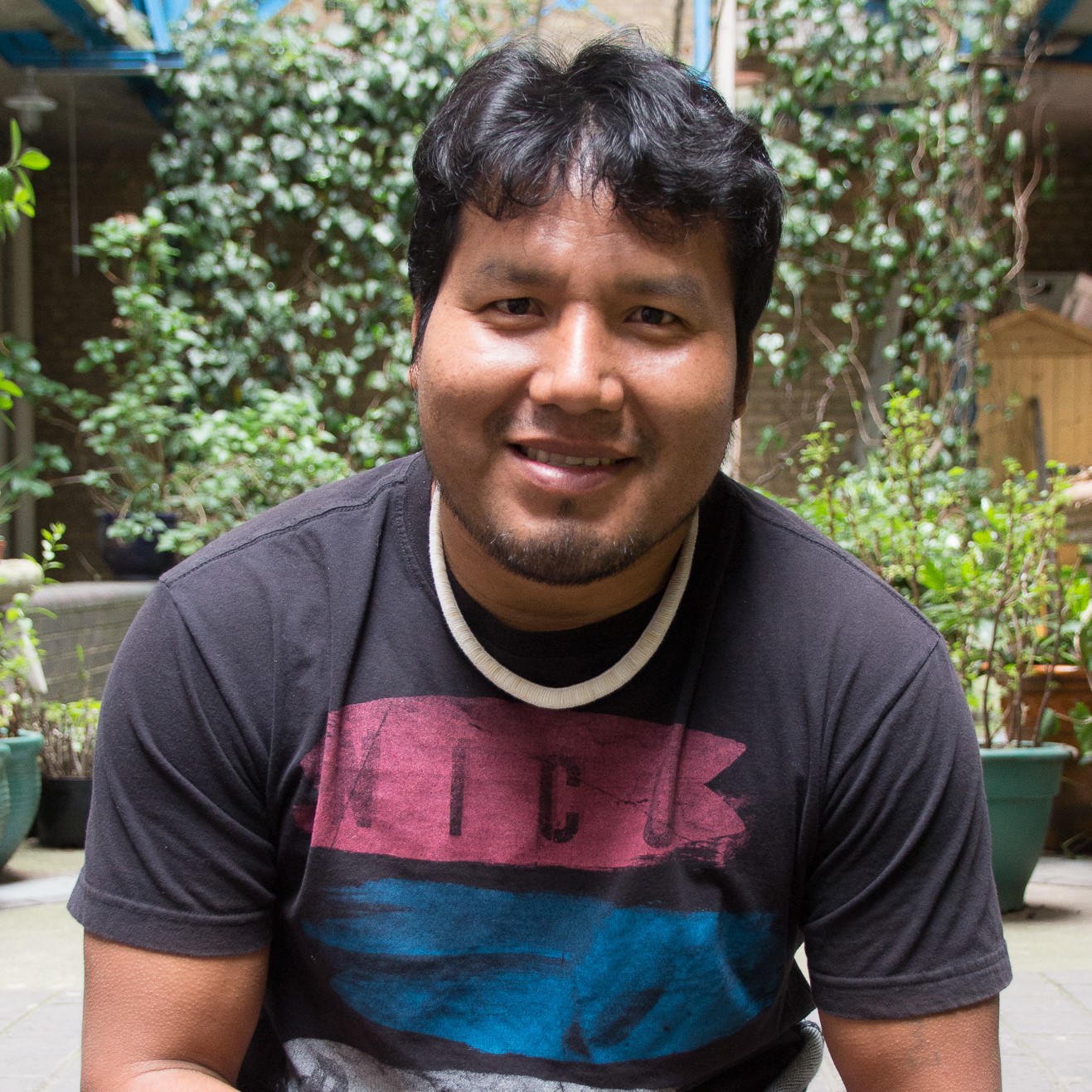 Takumã Kuikuro is a filmmaker, a member of the Kuikuro indigenous village and currently lives in the Ipatse alley, in the Xingu Indigenous Park. Directed the documentary As hiper Mulheres (2011); His films have already won awards at the Brasília Film Festival, at the Présence Autochtone de Terres in Vues, ​​in Montréal (2017), an honorary Scholarship from the Queen Mary University London and was the first indigenous judge at the Brasília Brazilian Film Festival. It is part of the Kuikuro Film Collective, created in 2002. 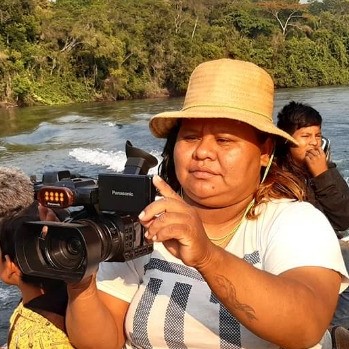 Tipuici Manoki lives in the village of Treze de Maio, on T.I. Irantxe, in Brasnorte-MT. Graduated in Social Sciences at UFMT and currently studying for a Masters in Social Anthropology at the University of São Paulo. Her research, since graduation, is about the importance of women in the political and ritual process of the Manoki people. He started working on filming in 2009 and because of his studies he stopped for a few years, returning to production in 2019. He created the collective Ijã Mytyli by Cine Manoki and Myky, with the support of which he directed and produced two documentaries.​ 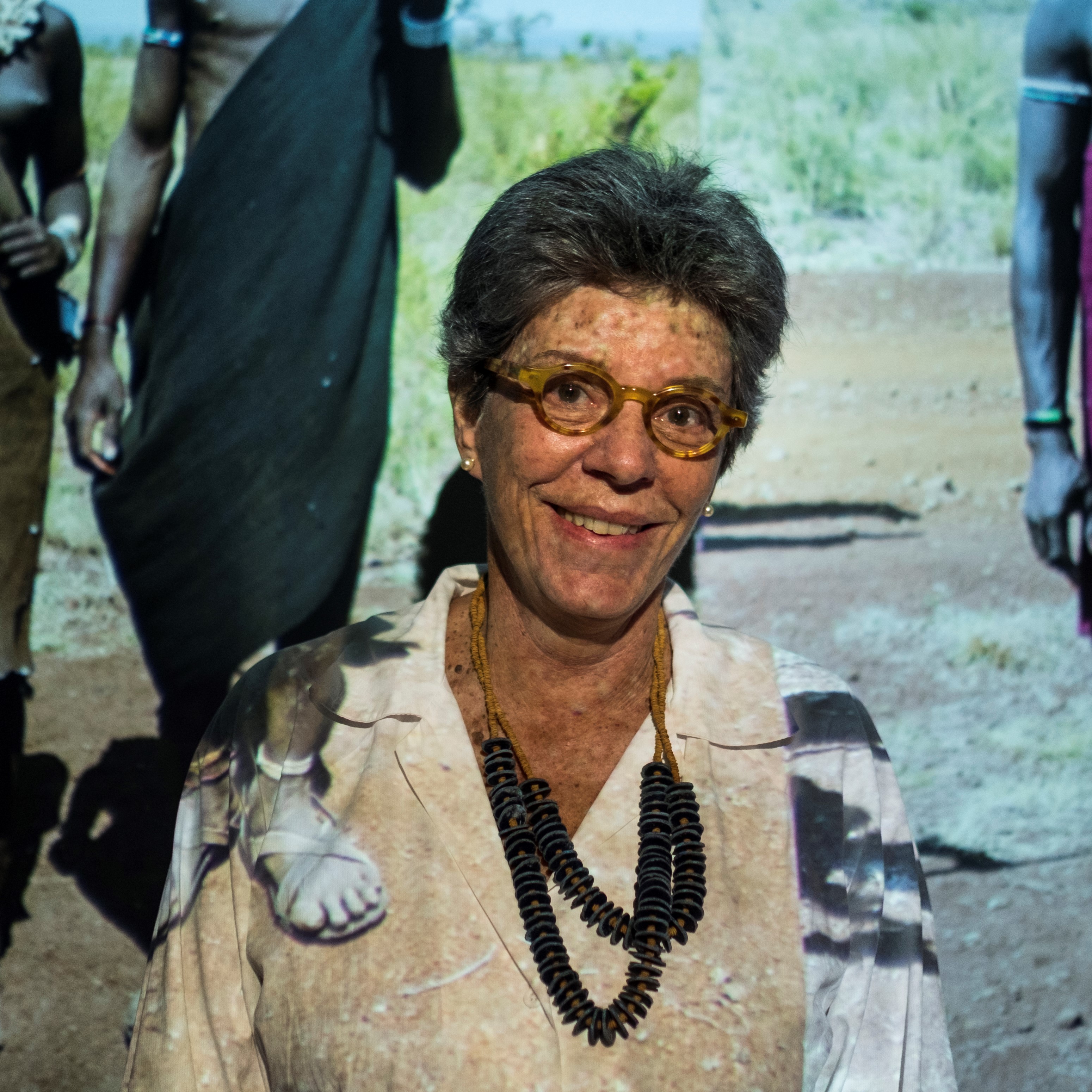 ​​​​​​​Sylvia Caiuby Novaes is Full Professor at the Department of Anthropology at the University of São Paulo, where she coordinates LISA - Laboratory of Image and Sound in Anthropology and GRAVI - Visual Anthropology Group. She is a researcher at CEstA – Center for Amerindian Studies and editor in charge of GIS – Gesto Imagem e Som, Revista de Antropologia. He coordinated three thematic projects financed by FAPESP and has a fourth project in effect: Photographs and Trajectories. His interests focus on ethnology and visual anthropology, with an emphasis on photography from an anthropological perspective.

And to all directors.